ROXBORO - Annie Lee Ray Perry, 94, died Wednesday morning, July 30, 2008 at Touch of Love Nursing Residence in Roxboro. Mrs. Perry was born in Franklin County to the late James and Iva Woodlief Ray. She lived most of her life in Durham where she was a member of Braggtown Baptist Church. Surviving are her daughters, Faye Wilson of San Diego, CA; Paula Murphy and husband, James Germolec, of Durham; one sister, Lorene Compton of Virginia; two grandchildren: Travis Murphy and Tara Wilson; and END_OF_DOCUMENT_TOKEN_TO_BE_REPLACED

Betty Martin Rogers, age 73, resident of 840 Inglenook Road died Wednesday evening at her home. Born in Raleigh, she was the daughter of the late Joseph B. and Addie Everett Martin. Betty was a graduate of St. Mary's Junior College in Raleigh. In addition to being a full time homemaker, she found the time to work with H& R Block, TKTK Accountants and Lamps Limited. She was an active member of the Durham Junior League several years ago. Betty loved the game of bridge and enjoyed her friends. She END_OF_DOCUMENT_TOKEN_TO_BE_REPLACED

Joshua McCabe Bailey, 20, had his life abruptly taken from him sometime around the 29th of July. Josh was born on January 3, 1988 and entrusted to the loving care of his parents, Steve and Julie Jarrell Bailey, when they adopted him in 1996. Josh will always be remembered by family and friends for being a gentle, caring person who had a winning smile, a great sense of humor, and lots of energy. He loved to fish, play golf, go whitewater rafting and listen to country music. In addition to his END_OF_DOCUMENT_TOKEN_TO_BE_REPLACED

Bayard Lamar Bragg, 87, of Franklinton died Tuesday evening, July 29, 2008, at Life Care Hospital in Rocky Mount. Mr. Bragg, affectionately known as "Bro", was born in Granville County, to the late Bayard L. Bragg, Sr. and Norma Moore Bragg. He was a member of Wesley Chapel United Methodist Church and an avid horseman and farmer. Bro was a founding member of the Franklinton Saddle Club and the Central Carolina Western Horseman's Association. He was a veteran of the U.S. Army. Surviving are END_OF_DOCUMENT_TOKEN_TO_BE_REPLACED

Ruffin Mendenhall Hobbs, 56, well known metal sculpture artist, died unexpectedly at his McBane Mill home in Graham, NC on July 28, 2008. Ruffin was born February 15, 1952 in Wayne County, Indiana, the son of Grimsley T. Hobbs and Lois Ann Hunkele Hobbs. He was a 1975 graduate of Guilford College. His works span the country; some of his most prominent work are the Princeton Tigers, 3500 pound stainless steel tiger sculptures that stand outside the entrance to Princeton University's football END_OF_DOCUMENT_TOKEN_TO_BE_REPLACED

CYNTHIA CURRIN TWISDALE OXFORD- Cynthia Currin Twisdale, age 47 a resident of Oxford, died July 28, 2008, at Duke Medical Center. She was a native of Oxford and was the daughter of Retta Currin Powell and the late Douglas T. Currin. She was a graduate of Peace College and East Carolina University, receiving her Masters Degree. Cynthia taught in the public schools in Rose High School in Greenville, Franklinton High School in Franklinton, and South Granville High School for 17 years. She was a END_OF_DOCUMENT_TOKEN_TO_BE_REPLACED

F. ROYSTER CRITCHER Oxford- F. Royster Critcher, age 82 a resident Oxford died Monday, July 28, 2008 in Brantwood Nursing Center. He was a native of Wilkes Co. and was the son of the late Atlas Nathaniel Critcher and Magdalene Royster Critcher. He was preceded in death by his wife Margaret S. Critcher. Mr. Critcher was a member of the Oxford Baptist Church and was the Publisher of the Oxford Public Ledger. He was a member of the Oxford Masonic Lodge # 122 A.F.& A, M., Oxford York Rite Bodies the END_OF_DOCUMENT_TOKEN_TO_BE_REPLACED

Mr. Lonnie Colay "LC" Cooper, Jr. 91, of Loop Rd., Burlington, died at the Hospice Home of Burlington on July 28, 2008. Mr. Cooper was born April 11, 1917 in Chatham County to LC Cooper, Sr. and Ida Mann Cooper. He served in the US Navy during World War II, and was retired from Owens Chrysler in Winston-Salem where he worked as a service techincian. Survivors include his son, Cadle Cooper, of Pittsboro; daughter, Patricia Mitchell, of Pittsboro; brother, Lloyd Cooper and sister, Irene END_OF_DOCUMENT_TOKEN_TO_BE_REPLACED

CHARLIE DAVID HOBGOOD OXFORD- Charlie David Hobgood, age 53 a resident of Oxford died Saturday, July 26, 2008. Mr. Hobgood was the son of Mary Leigh Newby Hobgood and the late Samuel C. "Bill" Hobgood, Jr. He retired from the N. C. National Guard, was a life member of the NC National Guard Association and was also a former employee of Polk Youth Center and the NCDCCPS. Mr. Hobgood was a member of Dexter Baptist Church. Funeral services will be held Tuesday July 29, 2008 at 3:00 P. M. at the END_OF_DOCUMENT_TOKEN_TO_BE_REPLACED 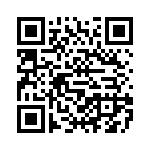