Mr. Robert Louis Johnson, 61, of Dewitt Smith Road, Pittsboro, died December 30, 2007 at UNC Hospital. Mr. Johnson was born February 2, 1946 in Chatham County, the son of Fred W. Johnson and Allene Lopossay Johnson. He had worked for a number of years for Bish Enterprises, and was last employed as a farm manager for Kenneth Pilkington. No immediate family survive Mr. Johnson; however, area close friends include Kathy Testerman of Siler City and Kenneth Pilkington of Pittsboro. The service for END_OF_DOCUMENT_TOKEN_TO_BE_REPLACED

William Yates Manson, 72, died at his home on Saturday, December 29, 2007. A native of Greensboro, NC, he was born August 17, 1935, one of two sons of William Fletcher Manson and Tela Hodgin Manson, who predeceased him. He was a 1954 graduate of Greensboro High School and graduated from Guilford College in 1958. Mr. Manson graduated, in 1961, from the Duke University Law School. On July 9, 1963, he was married to the former Patricia Scott of Durham. In 1961, he began practicing law in Durham END_OF_DOCUMENT_TOKEN_TO_BE_REPLACED

Grady Lee Lanning, 81 of 259 Hillsboro St. died Thursday, December 27, 2007 in Fayetteville. He was a native of Gaston County and a member of Pittsboro Baptist Church. Grady was a member of Masonic Lodge 202 in Blacksburg, SC, a member of the Eastern Star of Georgia, The American Legion and Fleet Reserve Association. He was retired from the US Navy after 22 years of service. Following retirement, he worked with IBM for 25 years in maintenance and was presently a medical health driver with the END_OF_DOCUMENT_TOKEN_TO_BE_REPLACED

Arthur Allen McDonald, Jr., 88, longtime Durham attorney, died December 27, 2007. Mr. McDonald was born February 15, 1919, the son of the late Arthur A. and Mary Reade McDonald. He lived in Lillington, N.C. until moving to Durham in 1931. He was a graduate of Durham High School, Class of 1938. He served in the U.S. Army during World War II from 1941 to 1946. He graduated from the University of North Carolina at Chapel Hill in 1947 and the University of Richmond Law School in 1952. He END_OF_DOCUMENT_TOKEN_TO_BE_REPLACED

Anne Straughan Ferrell died Tuesday, December 25, 2007 at Durham Regional Hospital. A native of Durham, Mrs. Ferrell was born at 1009 W. Main St. to the late Charles Watson and Annie Jane Brown Straughan. She was orphaned at the age of two following the death of her parents and was raised by her cousins, aunts and uncles. Mrs. Ferrell was educated in North Carolina and Richmond, VA schools. She graduated from Durham Beauty Academy and Kennedy Commercial College in Durham. She received a END_OF_DOCUMENT_TOKEN_TO_BE_REPLACED

Ernest Reid "Bud" Clegg, 79, of Pittsboro-Goldston Rd., Bear Creek, died Saturday, December 22, 2007 at his home. Bud was born December 14, 1928 in Chatham County, the son of Henry C. and Flossie Beard Clegg. He worked as a mechanic for Cooper-Harris Ford, and later worked in the bus garage for the Chatham County school system. He was a member of Meroney United Methodist Church. Surviving are his sister and brother-in-law, Mary Margaret and Burnice Griffin of Pittsboro; brothers and END_OF_DOCUMENT_TOKEN_TO_BE_REPLACED

Billie Higgins Collins passed away Friday, December 21, 2007 at Rex Hospital in Raleigh, NC. Born in Alleghany County, NC on October 25, 1930, Billie retired after many years of employment with Westinghouse Corp. She was a long-time member of Franklinton Baptist Church and shortly before her death she attended Youngsville Baptist Church. Billie was an extraordinary cook who took great delight in feeding family, friends and those less fortunate. She END_OF_DOCUMENT_TOKEN_TO_BE_REPLACED

D. A. Calhoun, long time resident of Chatham County, former director of the Neighborhood Youth Corps, pastor of Mt. Gilead Baptist Church from 1960 to 1971, advocate of civil rights and social justice throughout his life, died December 20, 2007 after a lengthy hospital stay, just missing his 87th birthday. Born on a tobacco farm near Rocky Mount, NC, D. A., nicknamed "Shine," received his Masters of Divinity with Languages from Southeastern Theological Seminary, having also graduated from END_OF_DOCUMENT_TOKEN_TO_BE_REPLACED 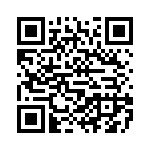