Mr. John Poole Stubbs, 87, of Juleann Lane, Pittsboro, died October 14, 2007 at UNC Hospitals. Mr. Stubbs was born December 12, 1919 in Bladen County, the son of Vander Stubbs and Ferebe Jane Evans Stubbs. He was a member of Hanks Chapel United Church of Christ, and was retired from JM Odell Mfg. in Bynum after 53 years of service. Surviving are his son, Kenny Stubbs of Fayetteville; daughters, Sandra Manning and husband Richard, and Sharon Elsenbeck and husband Wayne, all of Pittsboro; END_OF_DOCUMENT_TOKEN_TO_BE_REPLACED

Mr. George Bailey "Big Apple" Carroll, 69 of Acorn Lane, Pittsboro, died October 12, 2007 at UNC Hospitals. Big Apple was born August 14, 1938 in Chatham County, a son of James C. Carroll and Julia Roberson Carroll. He was a member of the Jaycees; he also was an automobile racer, driving both oval track cars as well as drag strip cars. Big Apple was a milk distributor for Sealtest, and later for Flav-O-Rich, retiring in 2003. He was a member of Chatham United Methodist END_OF_DOCUMENT_TOKEN_TO_BE_REPLACED

Rachel Johnson Pittard, age 83, passed away Wednesday, October 3, 2007 at Mayview Convalescent Center in Raleigh. A native of Durham County, she was the daughter of late Randall Johnson and Annie Belle Allen Johnson.<br><br>Mrs. Pittard was preceded in death by her husband H. Steve Pittard. She was a nurturing and loving wife and mother whose devotion to her husband and children will never be forgotten. Her home was always open for her children and friends and she was known as END_OF_DOCUMENT_TOKEN_TO_BE_REPLACED

Mrs. Betty Ellis Robertson, of Jack Bennett Road, Chapel Hill, died Tuesday morning, October 2, 2007 at her home. She was 72. Mrs. Robertson was born October 9, 1934 in Chatham County, the daughter of John Wesley Ellis and Lula Tripp Ellis. Mrs. Robertson was a homemaker, wife, and mother who was also an avid gardener. She was a member of Rock Springs Baptist Church in Pittsboro. Surviving are three daughters, Janet Crutchfield of Pittsboro, Lorraine Stallings of Mebane, and Merie Heath END_OF_DOCUMENT_TOKEN_TO_BE_REPLACED

Mrs. Ora Lee Johnson Johnson, 84, of Moncure-Pittsboro Road, Moncure, died October 2, 2007 in her home following several years of declining health. She was born in Chatham County on October 24, 1922, the daughter of Willis Johnson and Mattie Ray Johnson. Mrs. Johnson was a homemaker, and was a member of Mt. Zion United Methodist Church in Moncure. She was the widow of Vernon Johnson. Surviving are her sons and daughter-in-law, Ronnie Johnson of Moncure, Ricky and Marsha Johnson of Chapel END_OF_DOCUMENT_TOKEN_TO_BE_REPLACED 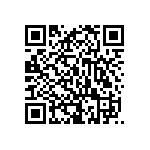