Thomas Bright Cranford, 83, died Friday, January 6, 2006, at Durham Regional Hospital following an illness of several months. The son of Henry Clay and Minnie Barton Cranford, he was born September 19, 1922 in Troy, NC and moved to Durham when he was five years old. Tom graduated in 1942 from Durham High School where he was president of the student council during his senior year. A 1948 graduate of the University of North Carolina, Tom proudly served his country for three years while END_OF_DOCUMENT_TOKEN_TO_BE_REPLACED 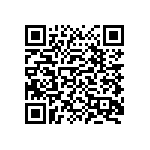