Dora Moreau Pere, age 80, of 4900 Roxboro Rd., died Sunday in Duke Hospital. A native of Westfield, Mass., she was a Durham resident since 1998. Throughout her married life, she traveled extensively and lived in many places with her military husband. Mrs. Pere proudly worked in a tool and die plant in support of the war effort during WW II. She was a self-employed paint contractor END_OF_DOCUMENT_TOKEN_TO_BE_REPLACED

Patrick Joseph Buckley, 78 died Sunday in Durham with his family by his side. He was born in New York City to the late Simon J. Buckley and Anne Gallagher Buckley on February 18, 1927. Patrick moved to Durham from New York in 1973 and became a parishioner at Immaculate Conception Catholic Church. He is survived by his eight children, Patrick J. Buckley Jr. of Poughkeepsie, NY; Anne Marie Livolsi of Morrisville, NC; Daniel J. Buckley and wife Patricia of South Setauket, NY; Kevin E. Buckley and END_OF_DOCUMENT_TOKEN_TO_BE_REPLACED

Virginia Grim Smith Bussey, 88, of Carol Woods Retirement Community died after a brief illness Sunday in UNC Hospital. She was born December 25, 1916 in Richmond, VA to Eugene Henry Grim, Jr. and Addie May Seward Grim. She was raised in both Portsmouth and Norfolk, VA, and lived in Norfolk until 1966. Mrs. Bussey moved to Edgefield, SC, where she lived until 1987. She was then a resident of Apache Junction, AZ until moving to Chapel Hill in 1998. Mrs. Bussey was a devoted churchwoman, active END_OF_DOCUMENT_TOKEN_TO_BE_REPLACED

DURHAM - Heather Christine Bowman, 27, went home to be with her Lord on Saturday following an automobile accident. Born on December 7, 1977 in Vincennes, Indiana, Heather lived in Durham for the past 20 years. She is the daughter of David L. Bowman and Susan L. Bowman. Heather was an active member of New Horizon Church in Durham, where her father has been the Senior Pastor for 20 years. Heather blessed many people with her beautiful voice while singing on the NHC praise team. Heather was END_OF_DOCUMENT_TOKEN_TO_BE_REPLACED

Mary Blackwell Pridgen Martin died Wednesday morning at Duke Medical Center. The youngest of nine children, she was born in Durham to the late Joseph Davis and Lavinia Blackwell Pridgen. Mrs. Martin would have celebrated her 100th birthday on the 29th of this month. Mrs. Martin was a long-time member of Trinity United Methodist Church and a graduate of the Southern Conservatory of Music in Durham. She taught music at Morehead School and provided private piano lessons at her home and in her END_OF_DOCUMENT_TOKEN_TO_BE_REPLACED 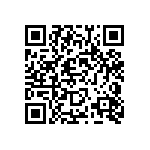