Helen Cleo Leontis, 56, of Boston, MA, died Monday, April 25, 2005 in Beth-Israel Deaconess Hospital in Boston after a long battle with cancer. Ms. Leontis was born June 20, 1948 in Durham. She attended public schools in Durham and graduated from Randolph-Macon Woman END_OF_DOCUMENT_TOKEN_TO_BE_REPLACED

Edward John Schrand, 57, died Saturday, April 23, 2005 at his home in Durham, NC surrounded by family and friends. He was very dedicated to his wife and friends who loved him and miss him dearly. Born in Covington KY, he was the son of the late Edward John and Beatrice Reigler Schrand. After receiving his BS in Engineering from Franklin University, he attained a two year Civil Engineering Degree from Ohio College of Applied Science. From 1967 until 2002, Edward worked in the public safety END_OF_DOCUMENT_TOKEN_TO_BE_REPLACED

Dorothy Francis Patterson, of Durham, died Friday morning at Hillcrest Convalescent Center. She was 89 years old and a member of Immaculate Conception Catholic Church. Mrs. Patterson was born in Fair Haven, NJ to the late John Francis and Gertrude Bull Lang. Mrs. Patterson is survived by her daughter, Patricia Cassidy and husband, Ted of Hillsborough; her son, Jhn L. Patterson and wife Dianne of Red Bank, NJ; six grandchildren and nine great-grandchildren. She was preceded in death by her END_OF_DOCUMENT_TOKEN_TO_BE_REPLACED

On Wednesday, April 20, 2005, Vernon W. Reese, Jr. lost his battle with cancer but claimed his victory with eternal peace. <br>Vernon was born on January 16, 1951 in New York, NY to Vernon and Emma Reese. He attended St. Thomas the Apostle Catholic School in New York and was later accepted to Cardinal Spellman School for the academically gifted. In 1968, Vernon enlisted in the USMC and served his country in Vietnam until 1971.<br><br>In 1988, Vernon moved to Durham, NC where he END_OF_DOCUMENT_TOKEN_TO_BE_REPLACED

Chester Roycroft, age 84, died Sunday morning at Duke Medical Center after a long illness. A Durham native, Chester was born August 6, 1920 to the late Robbie Lee and Ila Ross Roycroft. A graduate of Durham High School, Chester served in the 15th Air Force during World War II. He worked for the U.S. Post Office for 38 years and was a long-time member of St. Paul United Methodist Church. Chester is survived by his loving wife of 61 years, Beverly Belvin Roycroft of Durham; his son, END_OF_DOCUMENT_TOKEN_TO_BE_REPLACED

Minnie Hall Wilson Mangum, 93, died Saturday, April 16, at Croasdaile Village, where she lived for the past 11 years. Minnie was born in Alamance County to the late James C. and Harriett Walton Dickens Hall on May 5, 1911. <br><br>Minnie moved to Durham in 1930 and worked at American Tobacco Co. for 35 years until her retirement in 1977. She was a long-time member of Bethany United Methodist Church. <br><br>Minnie is survived by her sister, Anna Hall Paylor of END_OF_DOCUMENT_TOKEN_TO_BE_REPLACED

Earl Warren Hessee, 84, of 2113 Lodestar Drive, Raleigh, died Monday morning at his home. Mr. Hessee was born in Durham to the son of the late Eugene and Evelyn Chadwick Hessee. A 1939 graduate of Durham High School, he entered the U.S. Army Air Corp and served his country during WW II. After the war he graduated from N.C. State University with degrees in chemical and nuclear engineering. Mr. Hessee retired in 1992 from the Lockheed END_OF_DOCUMENT_TOKEN_TO_BE_REPLACED

CARY - Ralph J. Norris, 84, resident of 426 Sawgrass Hill Court, Cary, died Saturday at his home. He retired from the Kopper Company, where he was a draftsman. He was a World War II Veteran and served in the U.S. Navy. He was a member of St. Matthew Catholic Church. Surviving are his wife, Mary Saurin Norris; one daughter, Sharon N. Delgado; and one son, Christopher S. Norris. A Mass of Christian Burial will be offered at 10 a.m. Tuesday at St. Matthew Catholic Church. Burial will be in the END_OF_DOCUMENT_TOKEN_TO_BE_REPLACED 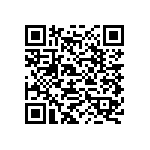